Established in the early 1700s, Fernhill is a former country estate on 34 acres of land and was the home of the Walker family from 1934-2008. Acquired by Dun Laoghaire & Rathdown CC and opened as a park in 2021. The general design of the garden is said to have been strongly influenced by the naturalist principles of Irish gardener William Robinson, which means that the planting design was mainly informal. The elevated nature of the site, overlooking Dublin Bay lends a particular magic to the place.

Mary Hannon, the head gardener with Dun Laoghaire & Rathdown CC will give a talk on the general history to the park and Gardens, a brief review of the plants and the future plans for the park. The talk usually lasts about half an hour. We will then be free to walk in the park.

There are a variety of routes which we can point out to you.

Mike McKillen’s photos of the event

Jean Whyte’s photos of the event 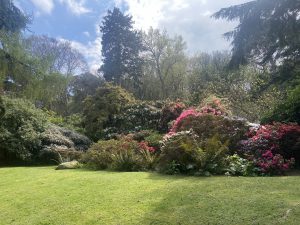 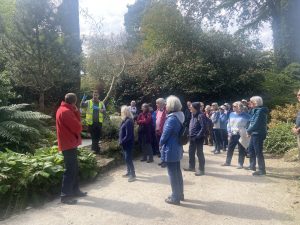